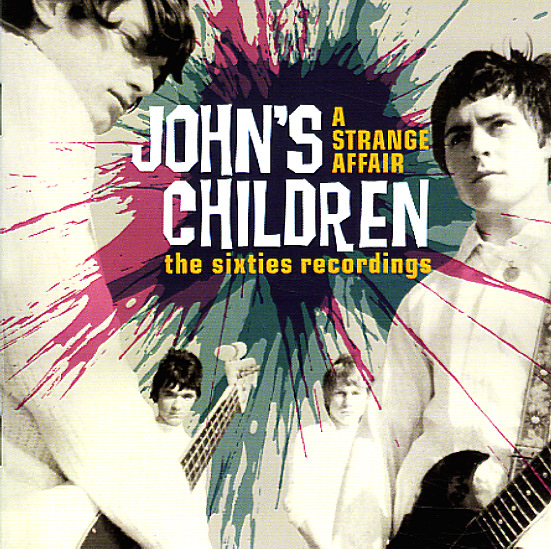 Completely wonderful work from John's Children – a group who are probably best-remembered as the early home for a young Marc Bolan, but who are already great enough on their own! John's Children have a madly playful approach – one that brings together the best elements of Brit beat and psych, but with a wit that rivals The Who on A Quick One – no surprise, given that the group toured famously with The Who at the time! Yet these guys are hardly copycats at all – and are definitely one of the most unique groups from the London scene at the time – the start of so many ideas that other groups might steal later, and work into their own sound – yet served up here with a core essence that's completely unique, and still mindblowingly fresh after all these years. This package is the best and most complete we've ever seen on John's Children – and features 26 singles, including some solo Andy Ellison or Silence tracks – plus the full 10 track Orgasm album, and an additional 16 rare mixes and alternates too. Titles include "Strange Affair", "Desdemona", "Remember Thomas A Becket", "Sara Crazy Child", "Go Go Girl", "Arthur Green", "Midsummer Night's Scene", "Help", "Cornflake Zoo", Casbah Candy", "Killer Ben", "Jagged Time Lapse", "Leave Me Alone", "Why Do You Like", and "You're A Nothing".  © 1996-2020, Dusty Groove, Inc.