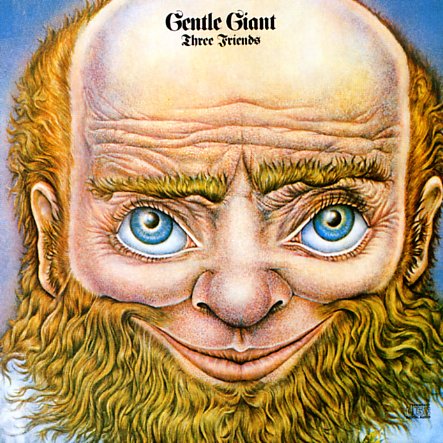 An unusual little concept record from Gentle Giant – one based around the story of three childhood friends each going their own separate ways – but served up with enough of the group's usual jazzy flair to keep things interesting! As on other records from the time, there's almost a fusion inspiration going on here – really jamming guitar and keyboard parts – sometimes at a level that matches the bigger mainstream groups of the time, but more often in the prog hinterlands, especially on the vocal parts, which have a flowing quality that really matches the keyboards. Titles include "Prologue", "Schooldays", "Peel The Paint", and "Mister Class & Quality".  © 1996-2021, Dusty Groove, Inc.

Cheap Thrills
Columbia, 1968. Used
CD...$3.99 (LP...$19.99)
Cheap Thrills, maybe – but they cut deeply and last forever! This is one of greatest albums by Big Brother & The The Holding Company – and it's also one of the most important in cementing the legacy of singer Janis Joplin. The raw manic energy of the group at their live best is ... CD