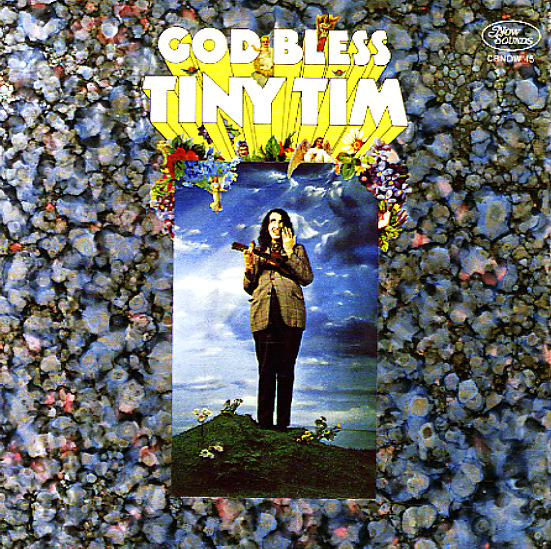 One of the weirdest albums of the 60s, and a surprisingly big hit for the legendary Tiny Tim – a character then know to TV audiences for his appearances on Laugh-In and other shows – but an artist who sounds surprisingly culture-counter all these years later! The album's got some wonderfully odd elements in the production and arrangements – the former by Richard Perry, the latter by Artie Butler – all in that hip faux-nostalgia style that was huge in the Warner/Reprise universe of the time. And although Tim's certainly weirder and maybe goofier than Harper's Bizarre, Van Dyke Parks, and Randy Newman – you can definitely hear a through line to that scene in this album – as well as links to other odd 60s moments by folks like Brute Force or John Simon. Tunes are both old and new, and all are completely remade by Tiny Time – songs that include the hit "Tip Toe Thru The Tulips", plus a fantastic cover of the Biff Rose tune "Fill Your Heart", and "The Coming Home Party", "The Other Side", "Daddy Daddy What Is Heaven Like", "Welcome To My Dream", "The Viper", and "On The Old Front Porch". This fab CD features the rare mono version – only a promo issue at the time – plus lots of mono bonus tracks that include "Little Girl", "April Showers", "Bring Back Those Rockabye Baby Days", "Hello Hello", and a number of Artie Butler instrumental tracks too!  © 1996-2021, Dusty Groove, Inc.