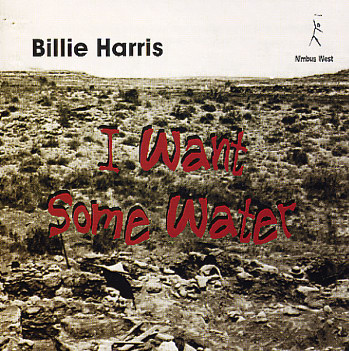 I Want Some Water

A spiritual jazz classic from the hip LA scene of the late 70s – led by saxophonist Billie Harris, and featuring a group that includes Horace Tapscott on piano! We don't know much about Harris, but he's got a freewheeling spiritual sound that's very much in the Coltrane-inspired mode, yet also steeped in the creative improvised style of Tapscott's scene in LA. Tracks are all long, with a sound that builds majestically over time – and the set leaves us wondering why Harris wasn't a bigger player at the time. The core tracks of the CD were recorded in the studio – with Tapscott, Harris, and added bass, percussion, and guest vocals by the enigmatic Lorelei. An additional longer track was recorded live, with a larger group that also includes Adele Sebastian on flute and Sabia Mateen on tenor. And a last track is an 8 minute solo piano number by Tapscott. Titles include "Why Don't You Listen", "I Want Some Water", "Many Nights Ago", "The Advocate", and "Prayer Of Happiness".  © 1996-2022, Dusty Groove, Inc.