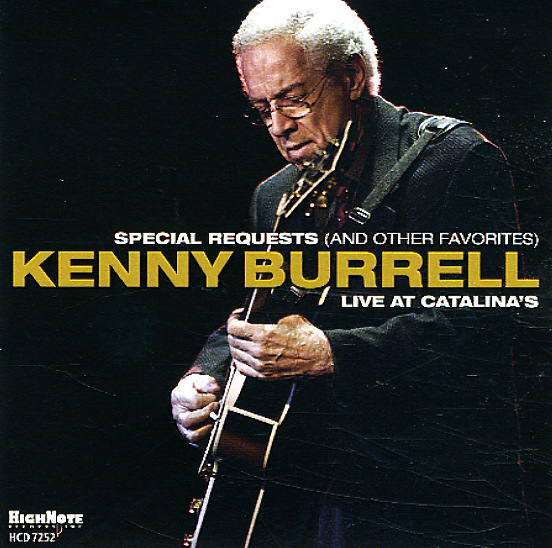 A sweet little live set from the legendary Kenny Burrell – one that not only captures his still-great sounds on guitar, but which also features some Kenny's own words introducing the tunes! The format here is very up-close and personal – specially-selected songs that Burrell plays beautifully – almost always with that single-line style that bristles with great tones and color – backed by a mellow quintet that includes Justo Almario on tenor and flute, Tom Ranier on piano, Tony Dumas on bass, and Clayton Cameron on drums. Kenny introduces many of the cuts on the set – and titles include versions of "Killer Joe", "Little Sunflower", "Make Someone Happy", "Sunset & The Mockingbird", "The Summer Knows", "Lament", and "Chitlins Con Carne".  © 1996-2021, Dusty Groove, Inc.
(Punch through barcode.)

Night At The Vanguard
Chess/MCA, 1959. Used
CD...$8.99
A hip live date from Kenny Burrell – recorded with a trio that includes Richard Davis on bass and Roy Haynes on drums – both of whom help Kenny find a groove that's a bit lighter and more fluid than usual! The rhythms here are quite gentle, almost spare at times – and always ... CD