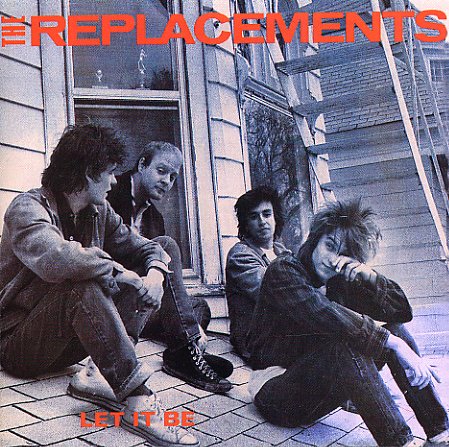 Also available
Replacements — Let It Be ... LP 22.99
The masterpiece by one of the greatest genuine rock bands of all time! Let It Be veers all over the place, or at least as much as jangly rock music can, in the best way possible. Includes the pseudo twangy opener "I Will Dare", with the distinctly midwestern hardcore of the group's earlier years showing up on "We're Coming Out" and "Tommy Gets His Tonsils Out", and Westerberg's great heart-on-sleeve, ragged balladry appearing for the closers. Like the Meat Puppets and X, the 'Mats really found themselves after they shed the rigid rules of punk rock, and developed into something every bit as genuine. They followed the rock songbook just enough to keep their work warm and familiar, but with way too huge and hard-pounding heart to ever seem even the least bit derivative. Hell, they even make Kiss's "Black Diamond" sound sincere! Other tracks include "Favorite Thing", "Androgynous", "Unsatisfied", "Seen Your Video", "Gary's Got A Boner", "Sixteen Blue" and "Answering Machine".  © 1996-2022, Dusty Groove, Inc.

Marquee Moon (expanded & remastered)
Elektra, 1977. Used
CD...$7.99
The masterful debut of Television! Marquee Moon is indisputably one of best records to come out of late 70s NYC . It's truly a singular achievement – one of the few records that seems to be on every rock literati's list of the all-time-bests – and actually deserves every bit of praise ... CD