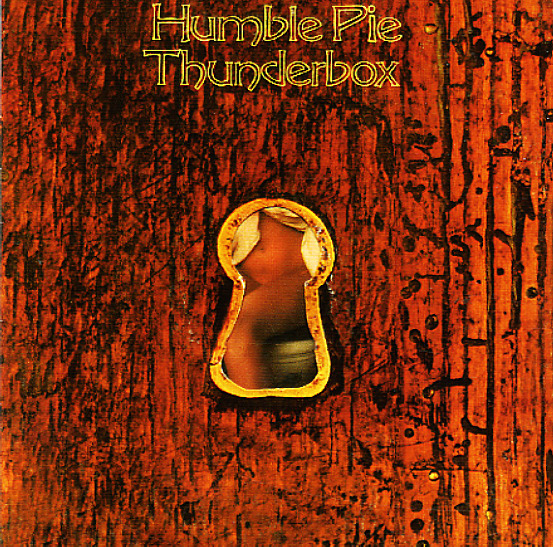 Humble Pie scales back a bit on Thunderbox – a tighter set than the preceding Eat It – but like that album, it's overlooked these days and it has plenty to recommend it! The Steve Marriot's and Clem Clemson's guitars bring the thunder, but the wailing harmonica and the soulfu vocals by the Blackberries sweeten or tart it up, depending on the needs of the tune – with some groovy organ and horns, too. Titles include "Thunderbox", "Groovin' With Jesus", "I Can't Stand The Rain", "Don't Worry, Be Happy", "Ninety-Nine Pounds", "Drift Away", "Rally With Ali" and more.  © 1996-2023, Dusty Groove, Inc.
(Grey label stereo pressing in the die-cut keyhole cover, with printed inner sleeve. Outer cover has light ring and edge wear.)