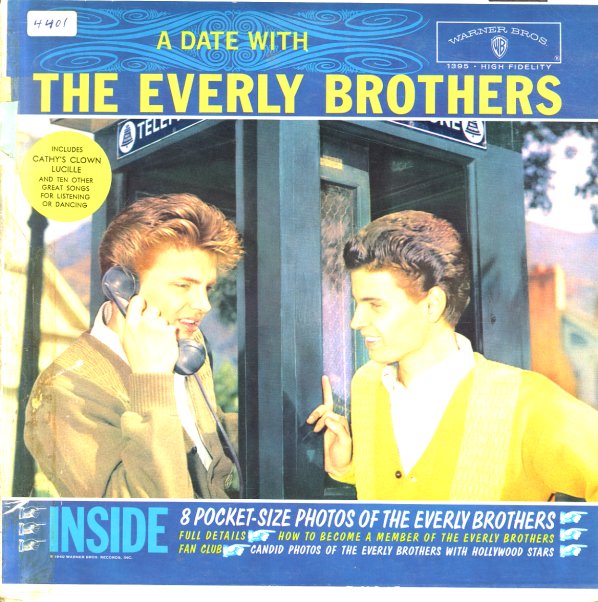 Date With The Everly Brothers

(Mono pressing in a gatefold cover with stand up die-cut intact. Cover has some wear and staining.)