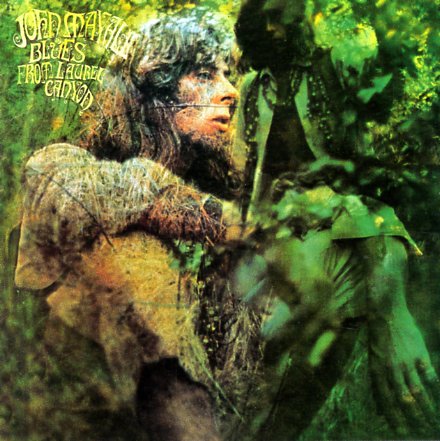 British blues meets LA's Laurel Canyon – a trans-Atlantic (or is it Pacific?) blend that makes for one of John Mayall's most compelling albums of the 60s! The album was recorded after the breakup of the Blues Breakers group – but it still features strong support from Mick Taylor on guitar – a key factor in the previous combo's sound, given almost even more space here to stand out front with Mayall. Other instrumentation includes bass and drums, plus a bit of tablas – and the overall approach is a lot more spare than other Blues Breakers sets – still bluesy in approach, but with some definite freer-thinking moments too, picked up from a trip to Laurel Canyon that was Mayall's inspiration for the set. Titles include "Walking On Sunset", "Vacation", "Ready To Ride", "Medicine Man", "Miss James", "The Bear", "First Time Alone", and "Fly Tomorrow".  © 1996-2021, Dusty Groove, Inc.

Grateful Dead (Skull & Roses)
Warner, 1971. Used
CD...$2.99
Perhaps the best officially-released Dead live album of it's time – the epic self-titled/Skull & Roses – one that finds the Dead at an early high point! The Grateful Dead are best remembered all these years later for their post-reunion tours and in their roles as the unrivaled ... CD