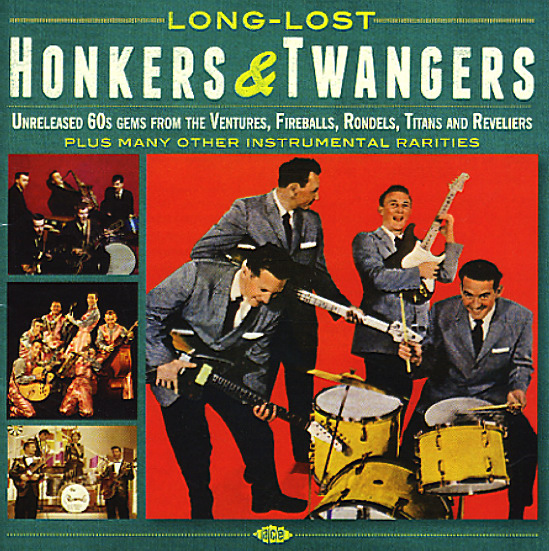 Killer instrumentals from the glory days of the garagey combo – a smoking little set that's very heavy on twangers – those wicked guitar-driven cuts that were often recorded with lots of cool echo and effects! Some of the names here are big ones, but most are smaller and lesser-known groups – and even the stars are represented by rare or unissued tracks – making the whole package as much fun as sorting through a rare pile of rock instrumental 45s from the 60s! And as usual with Ace, there's been plenty of care not just to choose the best tracks, but also provide excellent sound and a rich amount of history behind each number too – something you wouldn't get if you were only looking for 45s. Titles include "White Water" by The Reveliers, "The Psychedelic Worm" by Johnny & The Hurricanes, "Wax Em Down" by The Avantis, "Night Creature" by The Gigolos, "The Spur" by The Ventures, "Car Hop" by The Exports, "Loch Lamond Rock" by The Ramrods, "Flat Tyre" by The Reveliers, "Ghost Train" by The Swanks, and "Showboat" by The Rondels.  © 1996-2021, Dusty Groove, Inc.
(Limited edition of 1500.)