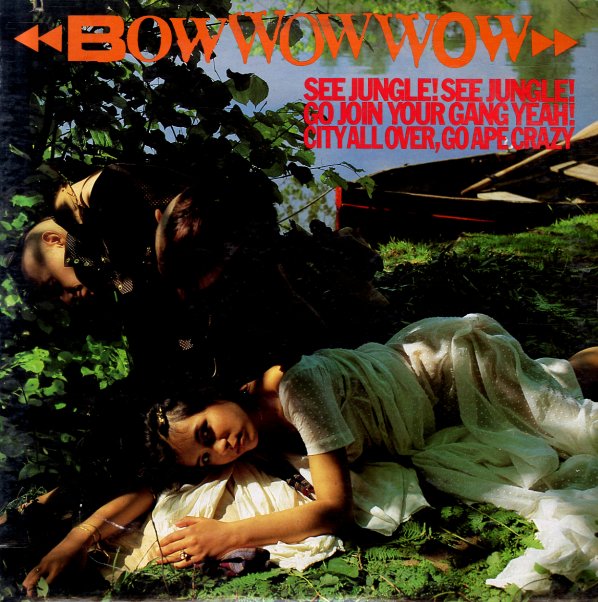 A great debut from Bow Wow Wow, and a mighty second act from Maclolm McLaren – whose work with the young group was one of his main projects after getting rejected by the Sex Pistols! This group's got a very different vibe, and an equally longstanding appeal – as playfully new wave as the Pistols were punk – with all sorts of romping rhythms that are heavy on drums, played by ex-members of The Ants – and fronted with lead vocals from the teenaged Annabella Lwin – a singer who really knows how to step out front with a lot of brash, young energy! There's a tribal groove to most tracks that really fits the title of the album – and tracks include "Jungle Boy", "King Kong", "Chihuahua", "Go Wild In The Country", "Why Are Babies So Wise", "Orang-Outang", and "Hello Hello Daddy (I'll Sacrifice You)".  © 1996-2022, Dusty Groove, Inc.
(Sealed copy! Cover has a small cutout notch.)