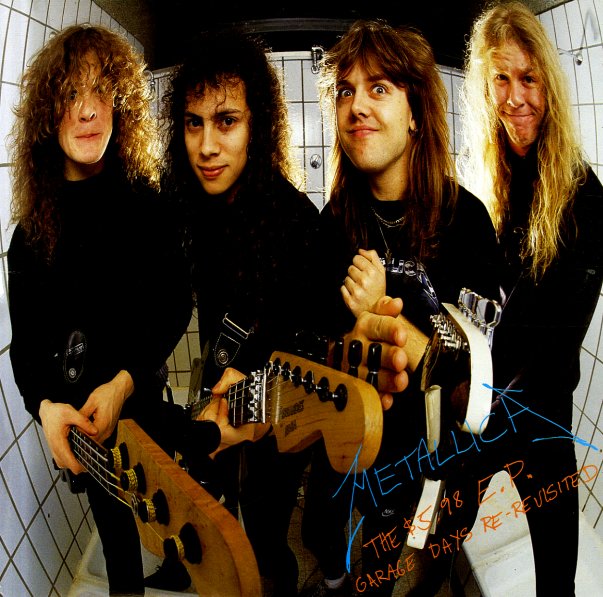 Metallica takes a break from cementing the legacy of thrash metal, after their Master Of Puppets tour, with this fun covers EP paying homage to few of their own heroes – from UK metal heroes Diamond Head and Holocaust, to hard rock forbears Budgie, to postpunk iconoclasts Killing Joke, to horror punk icons The Misfits! Includes "Helpless", "The Small Hours", "The Wait", "Crash Course In Brain Surgery" and "Last Caress/Green Hell".  © 1996-2021, Dusty Groove, Inc.
(Mexican Mercury pressing. Cover has light wear.)