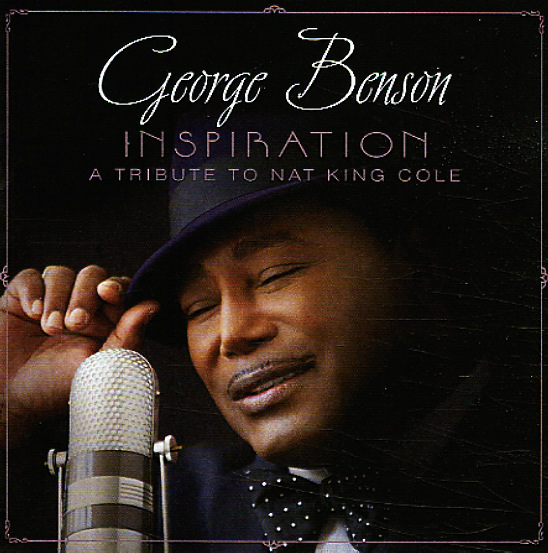 A great old school session from George Benson – and maybe one of his best albums in years! The setting of the album is just what you'd expect from the title – a tribute to the late, great Nat King Cole – with vocals by George that have an uncanny way of matching Cole's phrasing, yet which also have that warm, raspy sound we love so much from Benson – and some of his excellent scat work too! Arrangements are by Randy Waldman and Nelson Riddle – and have this classic blend of strings and jazz that works perfectly for the set – and Benson gets help from guests who include Wynton Marsalis and Til Bronner on trumpets, plus Indina Menzel and Judith Hill too. Titles include "Route 66", "Nature Boy", "Ballerina", "Smile", "Walkin My Baby Back Home", "Unforgettable", "Too Young", and "Straighten Up & Fly Right".  © 1996-2022, Dusty Groove, Inc.
(Out of print.)

George Benson Cookbook
Columbia/Legacy, 1966/1967. Used
CD...$7.99
A great little record from the days before George Benson had totally hit his smooth jazz sound of the 70s, and was being pushed by Columbia as a hard wailing soul jazz leader! The record features his classic quartet with Lonnie Smith on organ – grooving away hard hard hard, sometimes even ... CD

Give Me The Night
Warner, 1980. Used
CD...$7.99
Yipes! This one made everyone a bucket of money – especially Quincy Jones, whose new Qwest imprint the record was one of the first to grace. George has come a long way from his roots with Jack McDuff here – but in a way that kind of has us impressed, as he's grooving away slickly on ... CD