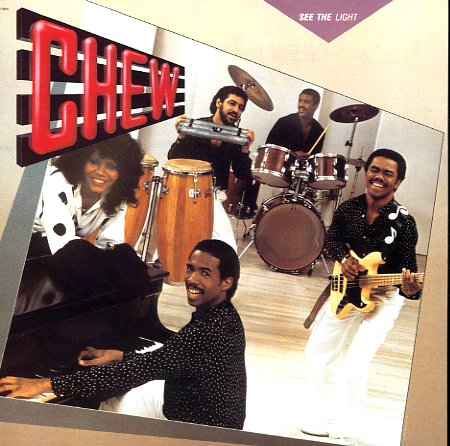 A Capitol Rare killer from Chew – lost funky soul from the early 80s, put together with plenty of emphasis on the basslines! The group are smaller than the usual funk ensemble of the time, and mighty tight – playing here with the kind of well-crafted funky lines you'd hear from some of the best Ohio groups of a few years before – and benefiting even more from some great 80s production! Ray Chew produced, arranged, and even gave the group his last name – and titles include "Chew", "Good Good", "I Like It", "Gimme Something", "Tell Me You Love Me", "Please Don't Take Your Love", and "Yummy Yum".  © 1996-2020, Dusty Groove, Inc.
(Cover has a promo stamp.)