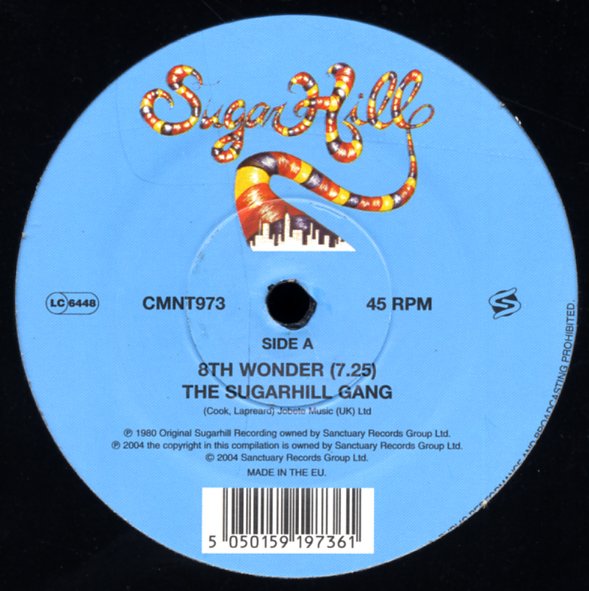 A lively little groover from the Sugarhill Gang – one based around the excellent "Daisy Lady" sample from 7th Wonder! The track makes great use of the original's brassy horns – inflecting a bright, almost Latiny finish on the tune – all to set the stage for some great rhymes from the crew!  © 1996-2021, Dusty Groove, Inc.
(In a Sugar Hill sleeve, with some wear and aging.)