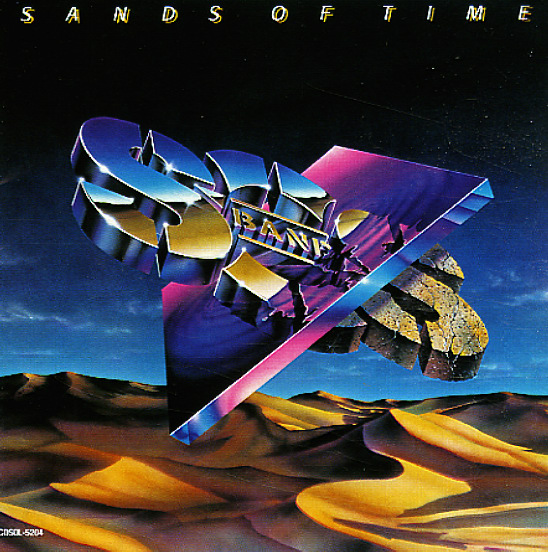 The mighty SOS Band, still grooving hard well into the 80s – and still showing the world that their sound is way tighter than any of their many imitators! The style here is updated a bit from the group's first few records – given a sharper punch and polish by the Jimmy Jam/Terry Lewis team – yet the record's still got a depth that goes way past some of the more commercial soul the duo had been working on at the time – a great evolution of an older funk style into a sweet, lean sound for the latter half of the 80s! Keyboards soar over bouncy basslines – and the trademark mix of male and female vocals really works well on the album's hook-heavy cuts. Tracks include "Borrowed Love", "The Finest", "Do You Still Want To", "Sands Of Time", "Even When You Sleep", "Nothing But The Best", "No Lies", and "Two Time Lover". Massive 2CD version features a book-like cover, new notes, and 12 bonus tracks that include "The Finest (ext version)", "Borrowed Love (ext version/acappella)", "Borrowed Love (7" edit)", "No Lies (12" mix)", "No Lies (12" dub)", "Even When You Sleep (extended)", "Even When You Sleep (rmx)", and "The Finest (inst/acappella)".  © 1996-2021, Dusty Groove, Inc.

Full Moon (with bonus track)
Tabu/Ultra Vybe (Japan), 1976. New Copy
CD...$13.99
One of the few full albums ever cut by the great Sharon Ridley – a hell of a great singer from the east coast scene, and one with the fullness of the best club divas of the time – but an approach that goes way way deeper overall! There's a sexy slink to the album that echoes Ridley's ... CD