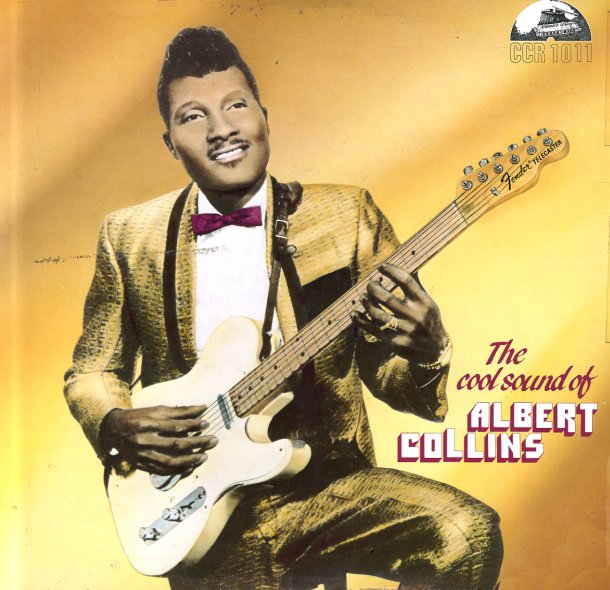 Raw early instrumentals by Albert Collins – work that's coming from a blues camp, to be sure, but which also has a good deal of soul and funk touches as well! Albert's raspy guitar takes center stage on the record – but the arrangements are actually all pretty tight and soul-based too, and vamp along with horns, organ, and some other smoking 60s touches that push the record far away from just a straight blues set. Plenty of great instrumentals here – and titles include "Kool Ade", "Backstroke", "Frosty", "Hot N Cold", "Frost Bite", "Tremble", "Icy Blue", "Sno Cone II", and "Shiver N Shake".  © 1996-2023, Dusty Groove, Inc.
(80s pressing. NOTE – Cover is entirely wavy from moisture with an unglued top seam, but somehow without stains.)