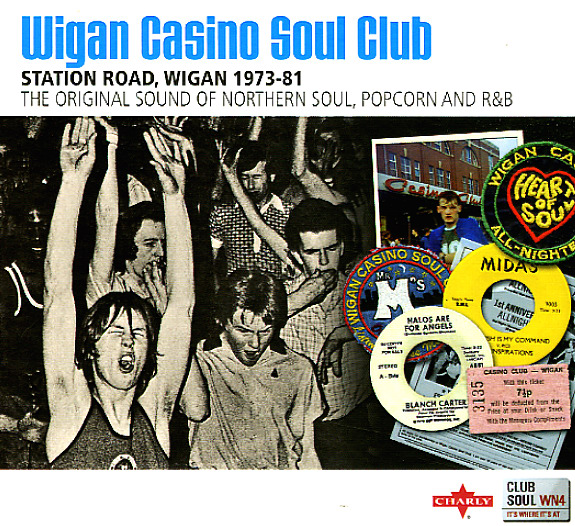 A searing set of vintage soul cuts – brought together in honor of the legendary Wigan Casino – one of the most important clubs in the UK Northern Soul scene of the 70s! For the uninitiated, Wigan was a hotbed of upbeat rare soul cuts – overlooked American goodies from both the previous decade and more recent years – often with a strong focus on deeper soul vocals, which meant some strong entries from the southern scene as well! This well-done package comes with a heavy book-style cover, notes on the club and its music – and a whopping 28 tracks in all – including "Being Without You" by Maurice Williams, "I Can't Hide It" by The Appreciations, "Come On Train" by Don Thomas, "I'm Satisfied With You" by The Furys, "You're Gonna Need Me" by Ted Ford, "You Got To Use What You Got" by Ann Sexton, "Why Should I Cry" by The Gentrys, "It's Heavy" by Bags, "Baby What Has Happened To Our Love" by The Ringleaders, "The Night The Angels Cried" by Johnny Dynamite, "I'm A Teardrop" by The Jerms, and "Your Wish Is My Command" by The Inspirations. Also comes with a rare bonus CD, too – a 1975 live performance by Tommy Hunt at Wigan – with cuts that include "Get Ready", "I Can't Turn You Loose", "Help Me Make It Through The Night", "Crackin Up", and "Never Can Say Goodbye".  © 1996-2022, Dusty Groove, Inc.