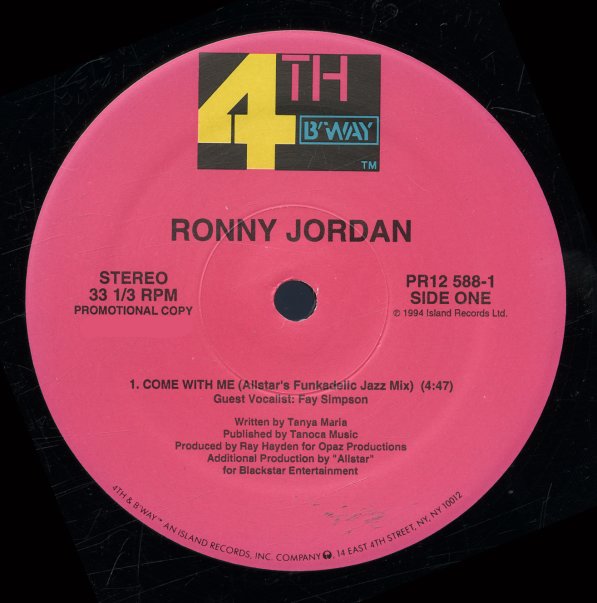 2 smooth jazzy steppin numbers from one of the artist's that helped bring the Acid Jazz sensibility stateside. With Ray Hayden piloting the production controls, these cuts have a crisp vibe that keeps the crowds steppin here, with a touch of G-funk influencing the "Allstar funkadelic" mix, and a more smoothed out vibe on the "original remix", while "Sh*t Goes Down" is straight steppin' all the way through!  © 1996-2021, Dusty Groove, Inc.
(Promo.)