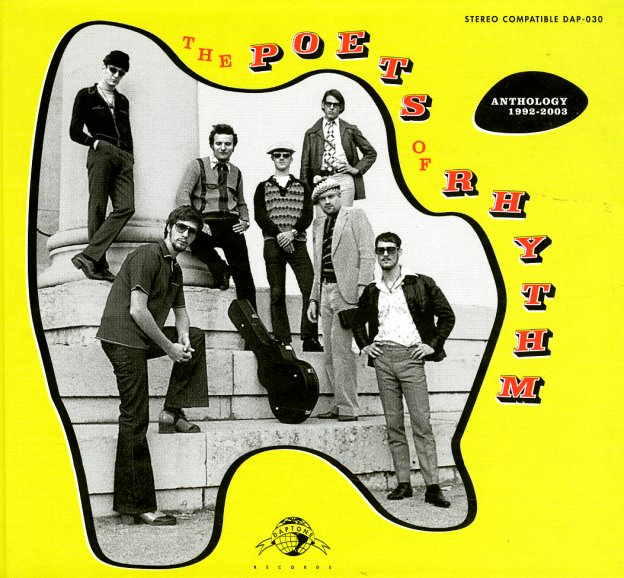 Incredible funk from The Poets Of Rhythm – one of the hardest and heaviest groups in the deep funk underground – and one of the first, too – given that most of the work here pre-dates efforts by all the rest of the Daptone and Soul Fire generation! Long before there was even a Desco Records, these guys started out making sounds based on the funky 45 underground of the late 60s and early 70s – perfect funk tracks, from performance to production – without any of the slicker or schlocky modes that their few contemporaries would always step into. Instead, these guys were so sharp that they were able to actually pass off a lot of their early cuts as "vintage" singles – fooling folks into thinking they'd discovered some lost rare funk act, then winning them over even more when they found out that the group was current – and that they had this really unique, magical approach. Drums are super-hard, vocals are nice and raw, and the instrumentation is so sharply funky, you might accidentally cut your fingertips when flipping the record over! This sweet collection brings together 18 singles by the group, plus a previously unissued cut too – all with some great notes as well. Titles include "50 Yards Of Soul", "Funky Train", "South Carolina", "Augusta, GA", "More Mess On My Thing", "Choking On A Piece Of Meat (part 2)", "Ham Gallery", "Summerdays", "Path Of Life", and "Discern/Define".  © 1996-2021, Dusty Groove, Inc.