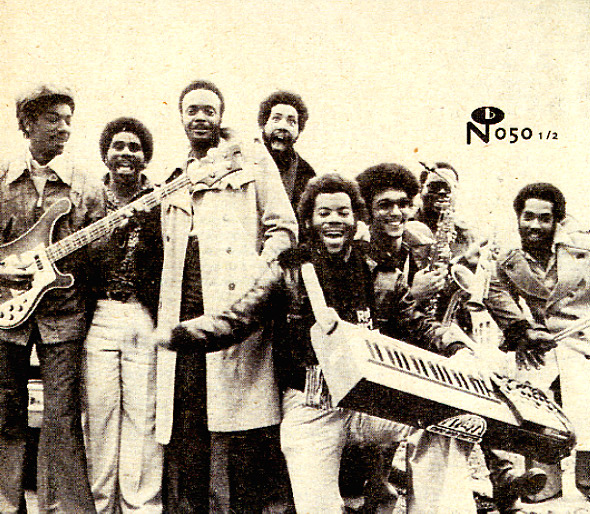 Brilliant early sounds from Jimmy Jam – rare late 70s material that has a very different sound than his slicker 80s work with Terry Lewis! The style here is a wonderful blend of sweet soul and righteous jazzy funk – a lot warmer than Jimmy's later beat-heavy style – and served up with loads of sweet keyboards alongside the soaring harmony vocals! Jimmy himself plays Fender Rhodes, clavinet, and other keys – but what we really love about the record is the vocals – these harmonies that are as fragile as New Jersey soul from the early part of the decade, but often turned towards more complicated cuts that have lots of jazzy riffing in the rhythms! The work's never been issued before, and is one of the greatest discoveries we've heard so far from the Numero Group – that's really saying a lot, given all their other releases. The vibe is almost like the Moments or Whatnauts recording for Black Jazz records – and titles include "I Don't Know Why", "My Love Is Like A Fire", "The Wonder Of It All", "No One Else Can Do It To Me Baby", "Virgin Lady", and "When You're Touching Me".  © 1996-2022, Dusty Groove, Inc.