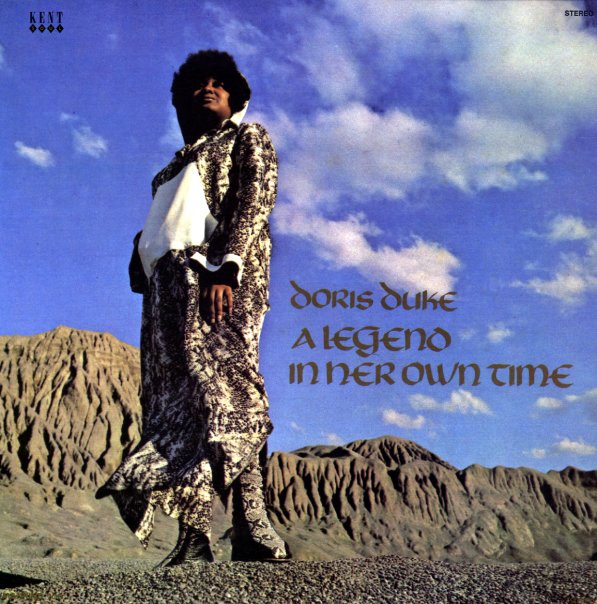 Legend In Her Own Time (180 gram pressing – colored vinyl)

One of the few albums cut by this oft-overlooked southern soul diva – and one that mixes Muscle Shoals production with some nice uptown touches! Produced by Jerry Williams, Jr., aka Swamp Dogg! While the title comes of a bit flamboyantly, in truth, this record is an honest, personal, and earthy southern soul should-be classic. It's not only a personal triumph for Doris Duke, it's also one of greatest Swamp Dogg-produced records! Includes "I Wish I Could Sleep", "It Sure Was Fun", "He's Everything I Need", "Since I Fell For You", "Let Love Touch Us Now", "Bad Water", and a cool cover of "By The Time I Get To Phoenix".  © 1996-2022, Dusty Groove, Inc.