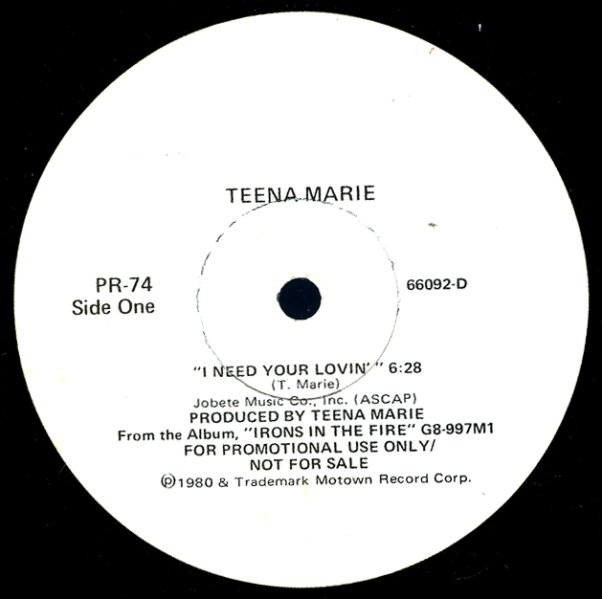 I Need Your Lovin'/Make Me Yours

(Promo in a Motown sleeve, with light wear and a stain.)