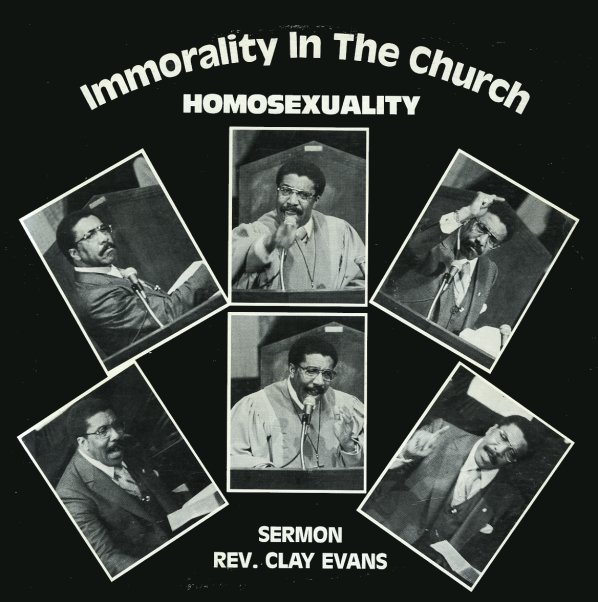 Immorality In The Church – Homosexuality

One of the more famous sermons from Reverend Clay Evans!  © 1996-2021, Dusty Groove, Inc.
(Still sealed, but cover has some light wear underneath, as the shrink was open a bit in one spot and some dust got in.)

Hear The Beatles Tell All
Vee Jay, Mid 60s. Near Mint-
LP...$7.99
An unusual album issued by Vee Jay Records – the original home of The Beatles in the US! This one doesn't have music, but interview passages from their 1964 tour – plus some scoring from Lou Adler, and percussion from Hal Blaine! LP, Vinyl record album