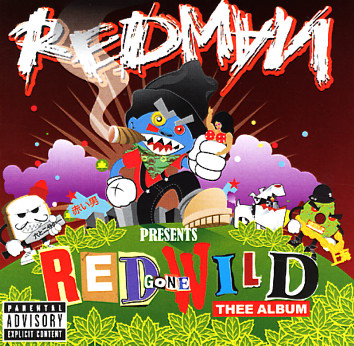 Redman, where hath thee been? One of the most reliable and unique voices of 90s hip hop finally drops a long delayed second official record in the 00s – after getting killed by Chucky in one of those killer doll movies and a failed sitcom – thankfully picking up his day job right where he left off and easily bettering '01's Malpractice LP. More of a return to form than a rehash, this reminds us how inimitable the man truly is. Production by Pete Rock, Timbaland, Scott Storch and others. Welcome back! Titles include "Bak Inda Buildin", "Put It Down", "Gimmie One", the gem "Walk In Gutta" feat Keith Murray, Erick Sermon & Biz Markie, "Dis Iz Brick City", "Get 'Em" feat Saukrates & Icadon, "Merry Jane" feat Snoop & Nate Dogg, "Gilla House Check", "Hold Dis Blaow", "Suicide" and more.  © 1996-2021, Dusty Groove, Inc.
(Includes the insert. Cover has marker through the barcode.)