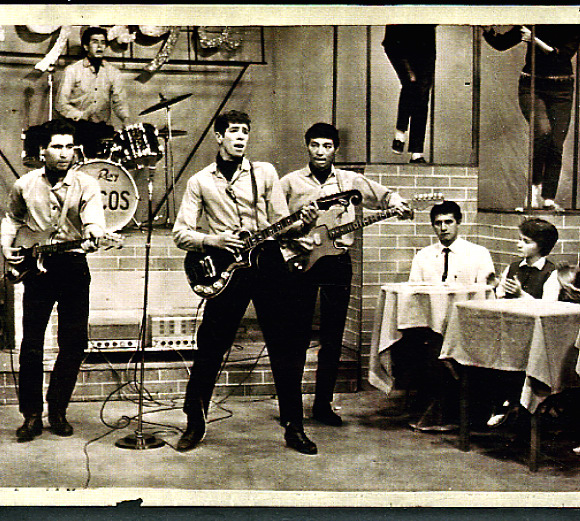 An incredible batch of prime garage rock era nuggets from the Peruvian scene – fuzzy gems by the Saicos! The Saicos bring a sense of menace to these tunes – with a guitar tone touched with an eerie vibe, and lead vocals that are really piercing and gravelly in that instills this primordial edge that needs to be heard to be believed – but that balance it off with some moddish, British invasion grooves, too. The overall sound manages to blend both the heavy menace of cult acts like the Monks and the Seeds with the tunefulness of the Animals – and clear precursor the garage punk for decades to come! Titles include "Come On (Ven Aqui)", "Ana", "Demolicion", "Lonely Star (Estrella Solitaria)", "Cememterio", "Te Amo", "Fugitivo De Alcatraz", "Salvaje", "El Entierro De Los Gatos", "Besando A Otra" and "Intensamente". Comes with a great booklet, too!  © 1996-2022, Dusty Groove, Inc.