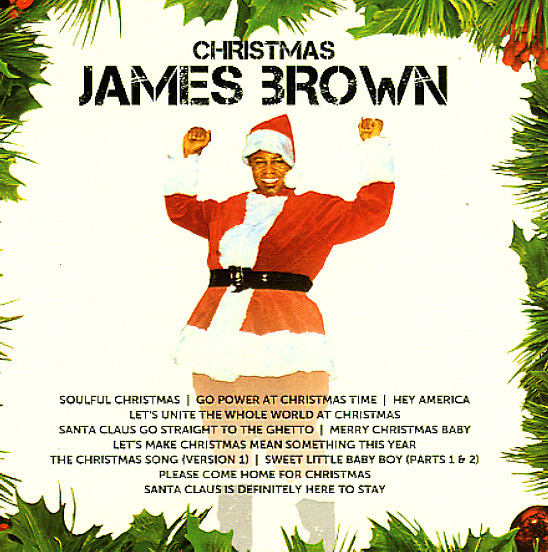 Have a funky funky Christmas with the great James Brown – an artist who has a surprisingly great way with a Holiday tune! James was always great all the other months of the year – but at Christmas he really stepped things up, and cut a whole host of excellent Holiday singles and albums in the late 60s – some of the best of which are featured here! The tight set features 11 classic Christmas cuts from The Godfather – some of them deeply soulful, some of them short and funky – all of them great. Titles include "Soulful Christmas", "Go Power At Christmas Time", "The Christmas Song", "Sweet Little Baby Boy (parts 1 & 2)", "Let's Unite The Whole World At Christmas", "Santa Claus Go Straight To The Ghetto", "Merry Christmas Baby", "Santa Claus Is Definitely Here To Stay", and "Please Come Home For Christmas".  © 1996-2021, Dusty Groove, Inc.