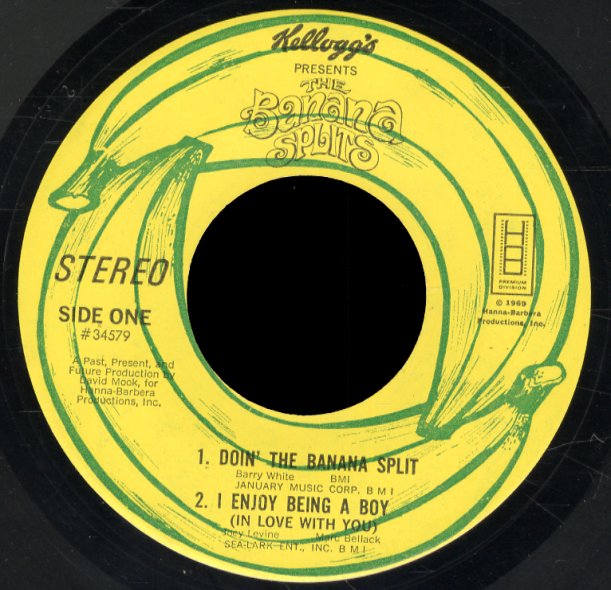 What a cool little single! This 4 track ep is presented by Kelloggs, the cereal company, as a tie-in with the Banana Splits TV show. It's got some really great numbers that range in style from trippy to groovy, and maybe a little bit funky. The track "Doin The Banana Split" was purportedly written by Barry White adn features a slightly funky groove, and a hip male soul vocal and heavy instrumentation. We simply cannot believe kid show music was at one point this crazy and incredible! Other cuts have a groovy sunshine pop feel – a bit off-beat, kind of trippy, and almost somewhere near Millenium or Love Generation.  © 1996-2021, Dusty Groove, Inc.
(In a plain sleeve.)