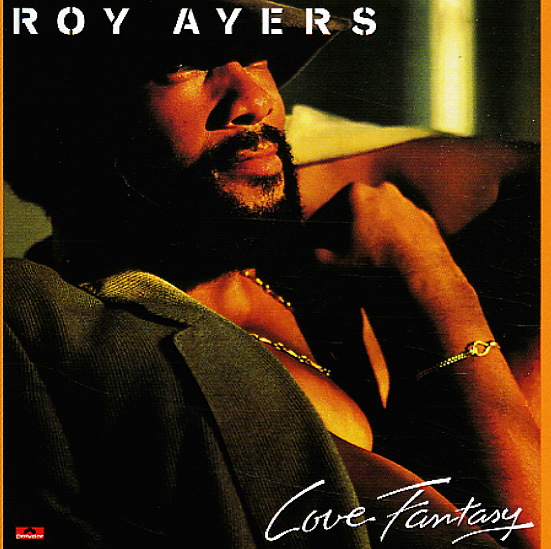 One of our favorite Roy Ayers albums of all time – and an overlooked gem from Roy's late 70s years at Polydor! This set's a bit more laidback and less clubby than some other Ayers work of the period – which means it's got this wonderful jazzy groove throughout – a sweet mix of midtempo modern soul and the vibes-based style that Roy kept on perfecting at the time. Tracks are longer than usual, and they really open up in a way that fits the title – slinky and seductive, but never soppy or commercial at all – that really special blend of warmth and wisdom that's always made Roy Ayers so great. Titles include the sublime title track "Love Fantasy", which begins with Roy chatting up some girl in the intro, then sliding into a nice smooth jazz funk tip on the chorus – plus the great cut "Sigh", a sweet little bubbling number with a wonderfully breathy quality! Other titles include "Believe In Yourself", "Betcha Gonna", "Baby Bubba", and "Rock Your Roll".  © 1996-2022, Dusty Groove, Inc.

Reality
Polydor/Music On Vinyl (Netherlands), 1974. New Copy
CD...$15.99 17.99
A fantastic 70s album from James Brown – one of those sets in which he refines and tightens up the longform funk he'd created with the JBs on double-length sets like Payback and Hell – then finds a way to make the same sort of righteous power hit strongly on shorter songs too! ... CD