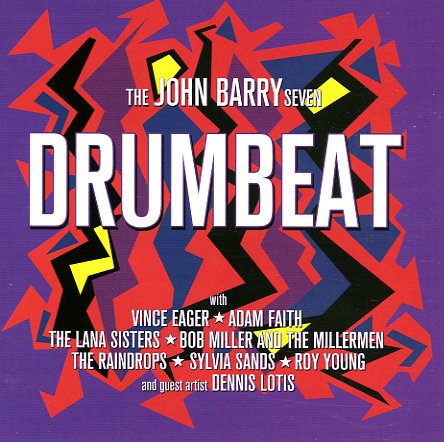 Il Mio Nome E Nessuno (My Name Is Nobody)
Beat (Italy), 1973. Used
CD...$16.99 (CD...$19.99)
A wonderfully weird Ennio Morricone score – done for an equally weird western that starred the great Terence Hill in the lead! The movie mixes in a bit of comedy with straight action – and Morricone's music really fits that vibe – with a blend of more familiar classic Morricone ... CD

Un Beau Monstre
Pathe/Early Dawn (Germany), Late 60s. Used
CD...$9.99
One of the grooviest soundtracks ever – an insane treat throughout! The music is very different than anything that George Garvarentz ever did before – and maybe since – as he brings together all sorts of cool jazz, funk, and psychedelic elements with effortless ease – then ... CD

Il Medico La Studentessa
Beat (Italy), 1976. Used
CD...$14.99
A groovy little soundtrack – one scored for a 70s film known as The Doctor & His Sexy Student! The music's got a light and playful kind of feel – partly 70s Euro erotica, but also with some slinkier touches that have a really nice 60s approach at times, and which feature nice ... CD

Fantasy Film World Of Bernard Herrmann
El (UK), Late 40s/1950s. Used
CD...$8.99 (CD...$12.99)
Most folks know Bernard Herrmann for his famous moody soundtracks for Alfred Hitchcock, or his late life genius on the Taxi Driver score – but Herrmann also had a great ear for more fantastic styles, too – and could turn his dark orchestrations into other cool spacey and watery styles ... CD