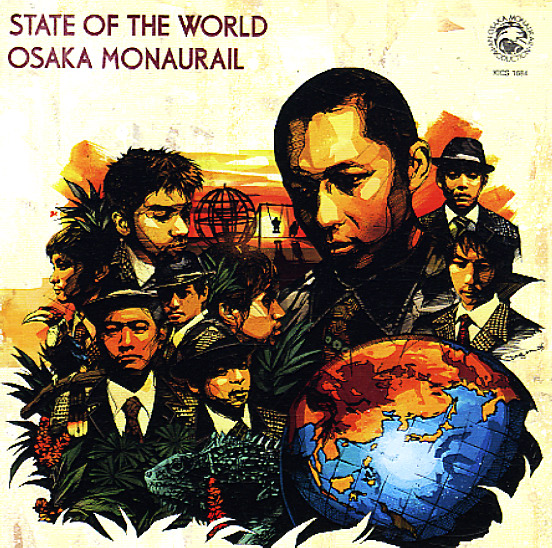 State Of The World (Japanese pressing)

Damn, we love these guys! And this time around, Osaka Monaurail sound harder and heavier than ever – very much back in their best 70s JBs mode – after a recent foray into 60s soul! The rhythms are incredibly tight – razor-sharp, with a forcefulness that few other funky combos can match – that hard-ripping groove you're usually only likely to find on the best James Brown productions from back in the day. Instrumental passages are at the forefront, too – which means a bit less vocals from group leader Ryo Nakata, although we still always love his unique funky soul approach when he does come into the mix. Titles include "Endemism", "Work Song", "Hung Up", "Andrias Japonicus", "Stop Doggin Me Around", and "The Archipelago".  © 1996-2021, Dusty Groove, Inc.
(Out of print, includes obi.)