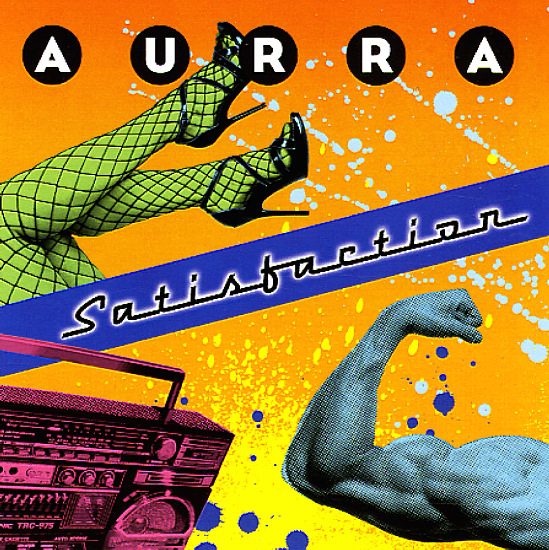 A previously-unreleased album from Aurra – laid down in the studio after the group's famous run for Salsoul Records – and with a groove that's even leaner and meaner than before! Mainmain Steve Washington is still at the helm of the group – but vocals are handled by Mark Stevens and Sheila Horne (the latter of whom sung with Brides Of Funkenstein), wrapped together in that great male/female duo mode that always made the Aurra sound so great! Stevens and Horne handle both ends of the spectrum wonderfully together, and bring a wide soul sound to the lyrics – while Washington keeps things mighty tight in the background – using these bumping basslines that bounce between 80s groove and boogie effortlessly – no surprise, given that the set was recorded right at the heart of the Ohio funk scene of the time. There's nothing "lost" or half-baked about the sound here – as the album's easily one of the tightest ever from Aurra – and tracks include "Turn The Lights Down Low", "Satisfaction", "My Lovin Is For You", "Perfect Date", "Hide & Seek", and "Never Met No One Like You". CD features two bonus tracks – "Turn The Lights Down Low (inst)" and "Perfect Date (7" single mix)".  © 1996-2021, Dusty Groove, Inc.

Stash (with bonus tracks) (2019 Record Store Day Release)
Family Groove, 1976. New Copy
CD...$10.99 (LP...$25.99)
Never-heard music from the legendary Rasputin's Stash – a funk group who recorded famously on Atlantic and Curtom in the early 70s, then created this gem of an album that appears here for the first time ever! The quality of the work is fantastic, and even seems better than their Curtom album ... CD