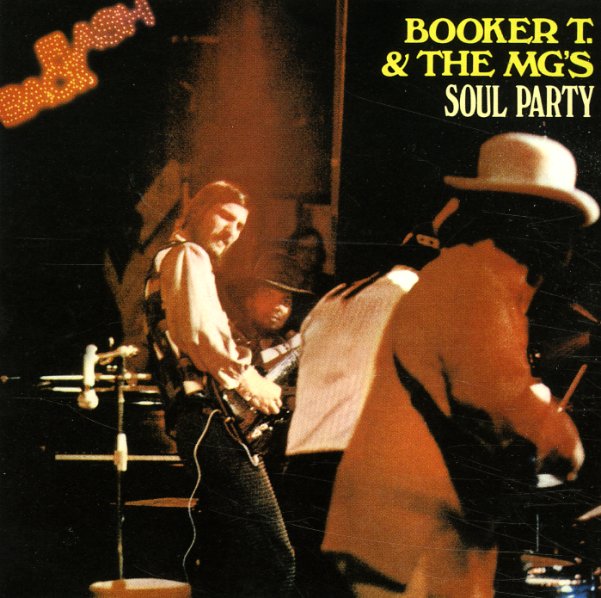 A rare European-only collection of work by Booker T & The MGs – and one that features a fair bit of live material, too – 7 of the album's 12 tracks – which almost makes the whole thing stand out like some obscure live record from the group! There's a definite sense of sear to the live cuts that moves way past the studio material – a sharp edge that has some heavier drumming and lots of dark edges on the guitar and organ parts – still played with all the tightness of the group's famous singles, but maybe some of the headier styles you'd guess from their image on the cover. Live cuts include "Outrage", Booker Loo", "Gimme Some Lovin", "Tic Tac Toe", "Hip Hug Her", and "Greeen Onions" – and studio tracks include "Mo Onions", "My Sweet Potato", "Chinese Checkers", and "One Mint Julep".  © 1996-2022, Dusty Groove, Inc.