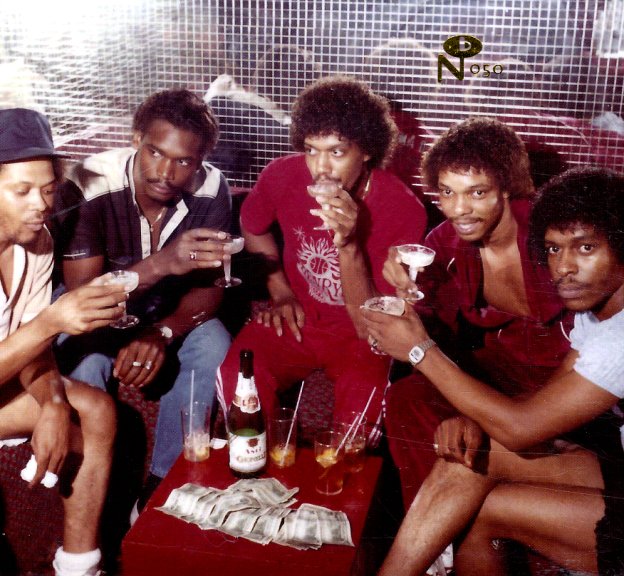 The amazing prequel to the big wave of funk and soul that exploded from the Minneapolis scene at the end of the 70s – early sounds that really point the way towards later grooves from folks like Prince, Alexander O'Neal, Andre Cymone, and the team of Jimmy Jam & Terry Lewis! The massive package is one of the best-ever sets from the Numero Group – not just a brilliant collection of music, but a rich book-like presentation of this important time in the Twin Cities scene – with a huge booklet of notes, memories, and loads of vintage photos! The whole thing's like taking the quality of Numero's books and mixing it with the focus of their best compilations – and the heavy package is filled with loads and loads of gems that really re-map the whole rise to glory of some of the bigger names of the time. You'll hear sounds here by folks who later recorded under more famous labels, and other sublime cuts by groups who never fully got their due at the time – such as the wonderful Haze, a group we've always loved. Instrumentation is heavy on keyboards and bass – but used in ways that are often a bit warmer and more spontaneous than the electric funk of later Minneapolis years – tied in more strongly to the sound of the underground in other American cities. Titles include "Get It On" by Prophets Of Peace, "I Love You" by Herman Jones, "Taste Of Love" by Aura, "Expense" by Cohesion, "It's The Things That You Do" by Flyte Tyme, "Higher" by Lewis Connection, "I Do Love My Lady" by Haze, "Stone Lover" by Music Love & Funk, "Together" by Rockie Robbins, "Do You Dare" by Alexander O'Neal, "I've Got My Eyes On You" by The Girls, "Can You Deal With It" by Quiet Storm, "Should I Or Should I Not" by Sue Ann Carwell, "No One Else Can Do It To Me Baby" by Mind & Matter, and "Oh Lover" by Orville Shannon.  © 1996-2021, Dusty Groove, Inc.