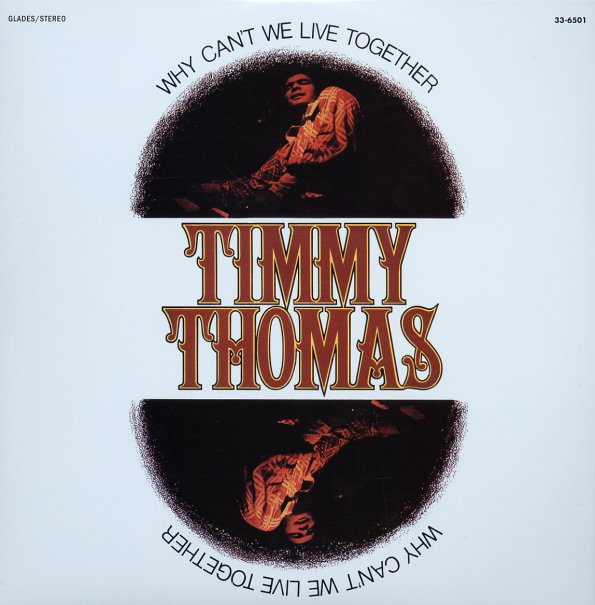 Why Can't We Live Together (with bonus tracks)

A landmark album from Timmy Thomas – one that mixes together electronics and soul in this wonderfully unique mellow groove – a style that's hardly ever been matched again, and which may well put this album at the same level as Shuggie Otis' classic Inspiration Information set! Timmy's working here in a very unusual format – one that takes spare drum-machine beats, adds in warm keyboard chords, and graces the whole thing with smooth vocals to give it a real dose of soul! The contrast between the colder beats and Timmy's sweetly crackling voice is amazing – and creates a sound that echoes with love, loss, and loneliness – making the album one of the finest to come from the growing Miami scene of the 70s. Includes the landmark title cut "Why Can't We Live Together", plus "Dizzy Dizzy World", "The Coldest Days Of My Life", "Funky Me", "Take Care Of Home", "In The Beginning", and "Cold Cold People". CD features bonus tracks – "People Are Changin", and single mixes of "Funky Me" and "Why Can't We Live Together".  © 1996-2021, Dusty Groove, Inc.