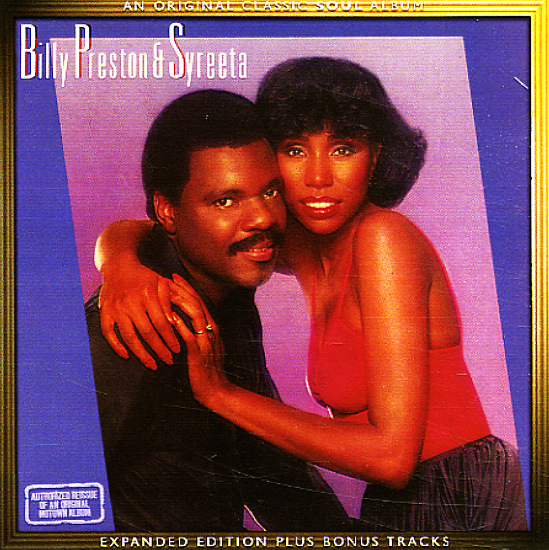 A nice little follow-up to Billy Preston & Syreeta's work on the Fast Break soundtrack – and a record that's one of the few key sides to carry the older Motown duet soul mode firmly into the 80s! There's a great sense of balance here – one that uses Syreeta's sweeter vocal approach to lift up Billy's sometimes rougher sound. And arrangements and production by Ollie Brown ensure that the whole album's got a nice modern feel overall – a style that's got elements of boogie running through most of the numbers, but still with enough room for some of the mellower tracks that make the most of the duet setting. Titles include "Just For You", "Searchin", "Someone Special", "Love", "One More Try", "Hey You", and "A New Way To Say I Love You". CD features lots of bonus tracks too – including "With You I'm Born Again (7" single)", "With You I'm Born Again (inst)", "Go For It (12" single)", "It Will Come In Time (7" single)", "Please Stay (7" single)", and "One More Time For Love (7" single)".  © 1996-2021, Dusty Groove, Inc.

Lost Motown Album – How Sweet He Is – With Bonus Tracks From The Vault
Motown/Kent (UK), 1969. New Copy
CD...$11.99 19.99
A never-heard album from this excellent Detroit vocal group – recorded for Motown at the end of the 60s, but appearing here for the first time ever – and compiled with lots of bonus tracks from the vaults! The Fantastic Four never hit the bigger heights of some of the big Motown male ... CD