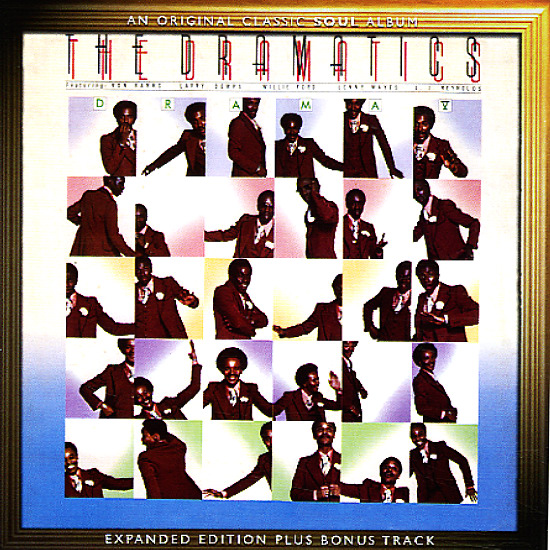 Damn great work from The Dramatics – a group who never seemed to miss at all during their massive 70s run – and one who really knew how to hold onto an edge in their vocals, and most of their grooves as well! The main maestro here is Don Davis – one of the few late 70s producers who could still balance things this well – really keeping all the strengths of the group's work for Stax/Volt, and avoiding any of the then-current tendencies to go for easy chart or dancefloor play – a mode that results in a rock-solid album that's a joy to behold with each new track! Michael Henderson helps out the group on a few cuts – and Tony Hester wrote a few tracks as well – really giving Ron Banks, LJ Reynolds, and crew some great material to work with – just the right tunes that mix sublime harmonies with a great balance of funky numbers and mellow moments. Tracks include "She's A Rainmaker", "Things Are Changing", "Treat Me Like A Man", "You're Fooling You", "Just Shopping", and "Come Out Of Your Thing". CD features a bonus track – "You're Fooling You (single mix)".  © 1996-2022, Dusty Groove, Inc.