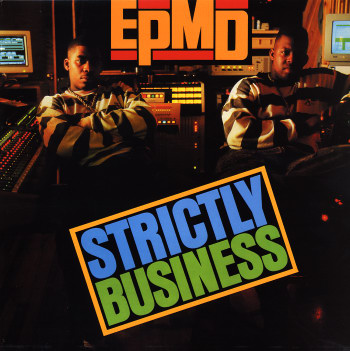 EPMD's incredible full length debut – straight up classic hip hop that gave the genre a whole new twist. Bottom heavy funked up Long Island hip hop with what was considered slow flow rhymes at the time, and Erick and Parrish's take on funky samples that managed to bring together hard to get breaks and commercial cuts in an age when you could have both street appeal and indie cred. With the classic cuts "It's My Thing", "You Gots To Chill", "Strictly Business", "You're A Customer", "Get Off The Bandwagon" and "I'm Housin'", plus "So Let The Funk Flow", "The Steve Martin", "DJ K La Boss" and "Jane". 5 bonus tracks on the 25th Anniversary Edition: "I'm Housin' (UK Mix)", "You Gots To Chill (Dub Version)", "You're A Customer (Dub Version)" and more.  © 1996-2022, Dusty Groove, Inc.