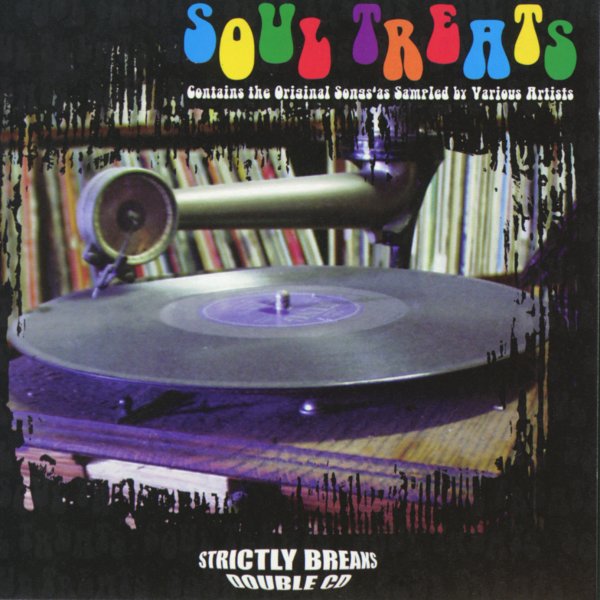 An excellent selection of funky tunes that have been sampled for hip hop tracks! The set used to be called Pete's Treats – because all of these cuts were sampled by Pete Rock – but Pete got mad at that, so they've retitled the package for the CD release. Still the same great sound, though – and the set includes 28 cuts in all, with many great numbers that we don't carry on other reissues! Titles include "From This Day On" by Eddie Bo, "Bubble Gum" by The 9th Creation, "Freedom Dance" by Eugene McDaniels, "Cameo" by Eddy Senay, "Today" by Tom Scott, "Where Do I Go" by Alyn Ainsworth, "Soul Girl" by Judy Foster, "Don't Change Your Love" by the 5 Stairsteps, "Gimme Some" by Freddie McCoy, "Bootleggin" by Simtec & Wylie, "Groovy Situation" by Mel & Tim, "I Got Soul" by Bama, "Capricorn" by Cannonball Adderley, and "Expo 83" by Backyard Heavies. Lots lots more, and a great set of tracks!  © 1996-2021, Dusty Groove, Inc.
(Out of print.)