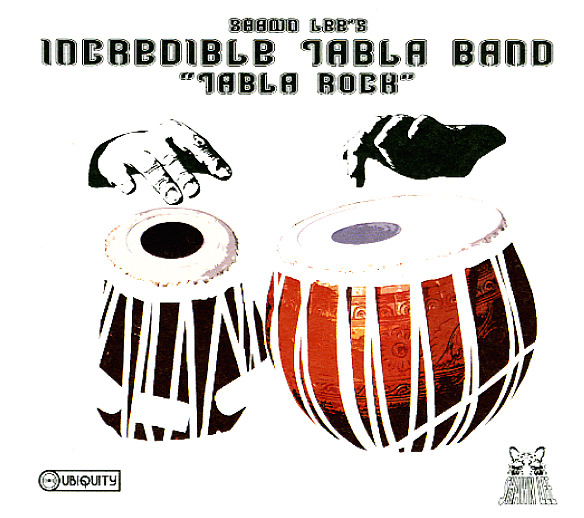 Incredible tabla funk from Shawn Lee and his Incredible Tabla Band – inspired by both classic drum breaks and Indian tabla and sitar-flavored psych funk – a full on covers set of the landmark Bongo Rock album (and more) by Michael Viner's Incredible Bongo Band in this mad mode! The genesis of this album was simply Lee's desire to cover the standout track "Apache", but, Shawn isn't the kind of artist to stick a toe into a project – nope, he goes right off the conceptual deep end, putting his own creative stamp on music that's proudly adherent to whatever the classic inspiration. It's especially amazing here – what could have been a mere novelty covers album of what you could argue was originally something of a novelty album (novel, though furiously creative and influential) is perhaps the most brilliant moment of Shawn Lee's career-to-date! Drum and percussion heavy genius that helped form the blueprint of hip hop – fused with buzzing and thumping Indian funk-styled grooves – pure genius from Shawn Lee with Prithpal Raiput on tablas, Andy Ross on saxes & flutes, Dom Glover on trumpet and Mick Talbot on Hammond. Includes "Let There Be Drums", "Apache", "Bongolia", "Last Bongo In Belgium", "Dueling Bongos", "Inna Gadda Da Vida", "Raunchy '73" and "Bongo Rock '73" – all covers from the original 1973 version of the Bongo Rock album – plus "Sing Sing Sing" and "Pipeline" from the '74 follow up.  © 1996-2021, Dusty Groove, Inc.
(Still sealed.)