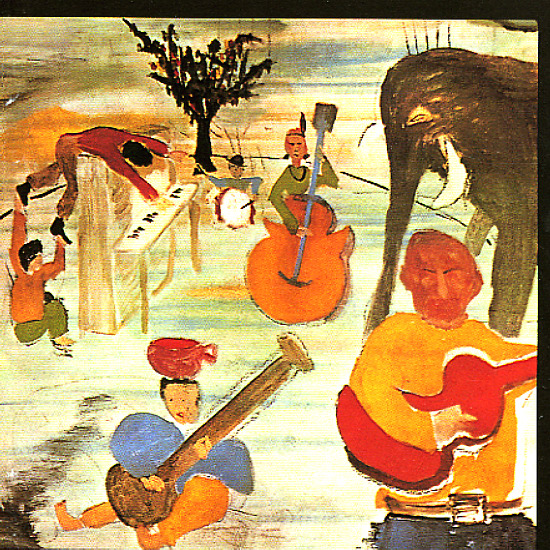 Also available
Band — Music From Big Pink ... LP 89.99
The landmark first album from The Band – and along with the follow-up, it's among the greatest records of its time – which is all the more astounding given how independent of late 60s trends it is! Each member of The Band brings such inimitable textures – Garth Hudson's imposing organ grooves, Richard Manuel's aching tenor vocals, Rick Danko's voice and distinctive bass lines, Levon Helm's behind-the-beat drumming and the country wisdom of his voice, Robertson's guitar mastery – this really was THE Band. Includes "Tears Of Rage", "In A Station", "The Weight", "Long Black Veil", "Chest Fever", "Lonesome Suzie", "This Wheels On Fire", "I Shall Be Released" and more.  © 1996-2022, Dusty Groove, Inc.
(Out of print. BMG Direct pressing.)

Last Waltz (4CD box set)
Warner, 1978. Used 4 CDs
CD...$19.99
One of the most iconic rock and roll shows of all time – the late 70s farewell to The Band – and quite famously, much more final concert by an esteemed band, it's actually a rock, pop, folk, blues and soul summit that features The Band as the house band. This landmark document of the ... CD