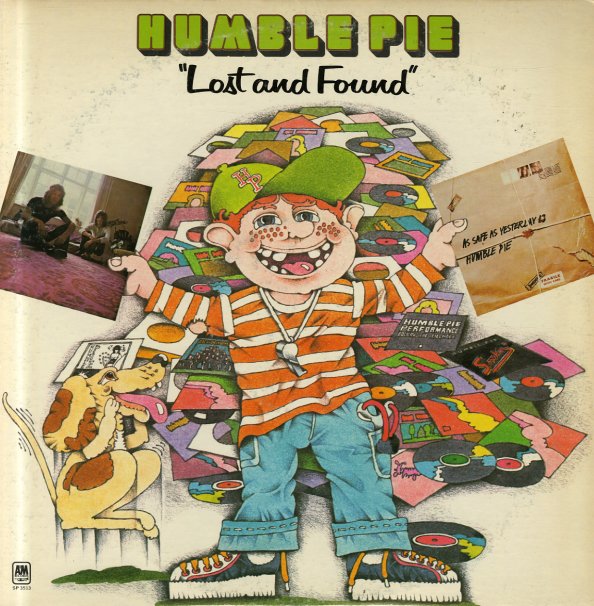 (Cover has light surface wear and small splits on the top seam.)

Eat It
A&M, 1973. Very Good 2LP Gatefold
LP...$6.99
A new taste from Humble Pie – who moved into more of a rock 'n' soul vibe on 1973s Eat It than the more hard rocking previous couple of albums– originally a double LP of studio material on 3 sides a 4th side of live numbers captured at Green's Playhouse in Glasgow. The Clydie King ... LP, Vinyl record album

Performance – Rockin The Fillmore
A&M, 1971. Very Good+ 2LP Gatefold
LP...$29.99
Some of the most hard-hitting work ever recorded by Humble Pie – and that's saying a lot, given the power of the group on other albums! The performance is very unbridled – really open-ended, at a level that showcases not just the mindbending early guitar talents of Peter Frampton ... LP, Vinyl record album