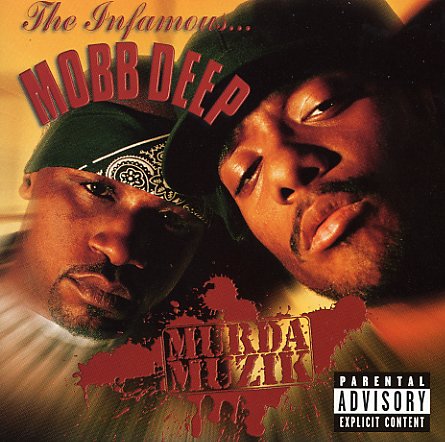 The last album from Prodigy & Havoc's classic run in the 90s – still with the distinctively raw, now legendary street style of the early to mid-period Mobb Deep – with appearances by Nas, Raekwon, Big Noyd, 8-Ball, Lil Cease, Lil Kim and more. In their prime, Mobb Deep had a way of giving tried-it-true street rap a deeper emotional resonance than many of thier peers – without compromising on the grit or headnodding vibe – and there's plenty of prime material on Murda Muzik. 17 tracks in all: "Streets Raised Me", "Let A Ho Be A Ho", the classic "Quiet Storm" (plus a remix with Lil Kim), "Thug Muzik", "Murda Muzik", "It's Mine" with Nas, "The Realest" with Kool G Rap, "Can't F– Wit" wtih Raekwon & more.  © 1996-2021, Dusty Groove, Inc.

Eminem Show (CD & DVD)
Interscope/Aftermath, 2002. Used CD & DVD
CD...$2.99
More gallows humor, and dark, clever wordplay from Slim, with an occasional party bounce and maybe not as pitch black as some of the material on the previous LPs. Cultural phenomenon status aside, The Show finds the Shady one still up there as one of the better narrative storytellers, but we have ... CD