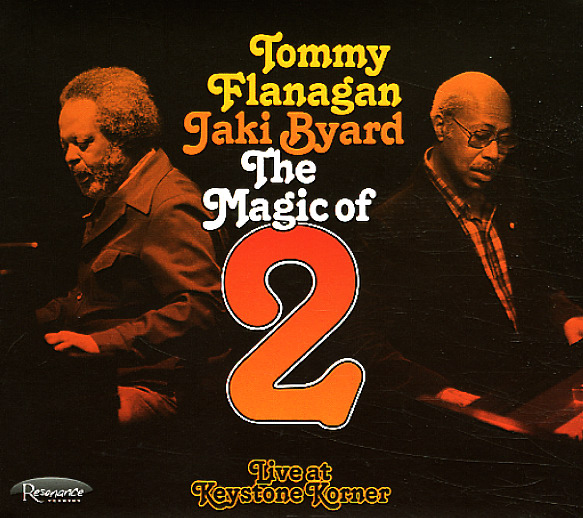 Also available
Tommy Flanagan & Jaki Byard — Magic Of Two – Live At Keystone Korner ... CD 6.99
Rare duets from pianists Tommy Flanagan and Jaki Byard – recorded in San Francisco in the early 80s, and issued here for the first time ever! Both players are artists we love in a solo or stripped-down setting – where they really seem to open up and find all sorts of little corners and pockets of sound that they'd never hit in a trio or group – and the combination of both Flanagan and Byard together in one date is really something unique! Tommy's lyricism and Byard's modernity mix beautifully here – and really balance the sound between the players – allowing focus on the individual personalities of each, yet really setting fire in the spontaneous interactions betweent he pair. Titles include "Our Delight", "The Theme", "Land Of Make Believe", "Satin Doll", "Just One Of Those Things", and "Chelsea Bridge".  © 1996-2022, Dusty Groove, Inc.