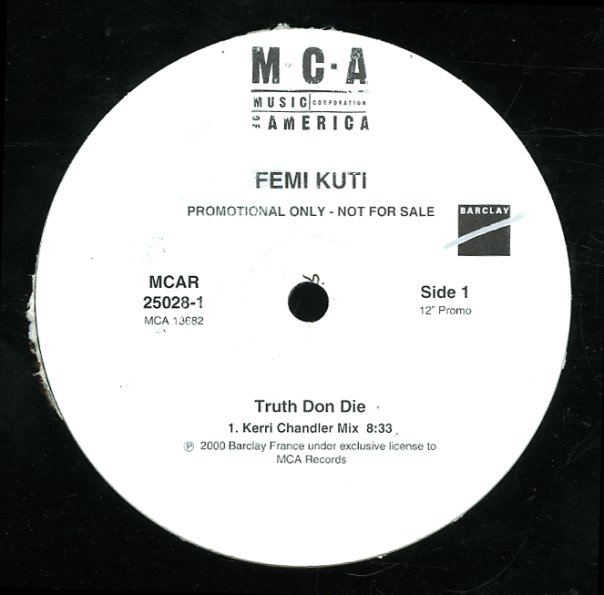 Harima (original, edit)/Dewgal
Celluloid, 1984. Sealed (pic cover)
12-inch...$9.99
From the "Watto Sitta" album, recorded for Celluloid by griot Foday Musa Suso, who plays mostly kora, inaddition to a variety of other percussion instruments. As you might expect from an 80s Laswell production there's some electro touches and Herbie Hancock guesting on keys, but for the ... 12-inch, Vinyl record

Toure Kunda (voc, edit)/Natalia
Celluloid, 1985. Sealed (pic cover)
12-inch...$4.99
Pretty great work from Toure Kunda – one of the best of the New Africa acts to record for Celluloid during the 80s! The album's got a bit of electro modernism in the mix, thanks to production by Bill Laswell – and guest keyboards by Bernie Worrell. The overall sound is very tight, and ... 12-inch, Vinyl record

Fire/Got The Feelin/Karibun/Operator
CBS/Afro 7 (Estonia), Early 80s. Near Mint- (pic cover)
12-inch...$11.99
A set of rare tracks from the vaults of CBS Records in Kenya – tunes that really show a nicely complex approach to the groove! Black Fire kick things off with "Fire" – a tune that's got a reggae vibe, but a sound that's quite different than the style of Kingston! The cut's ... 12-inch, Vinyl record