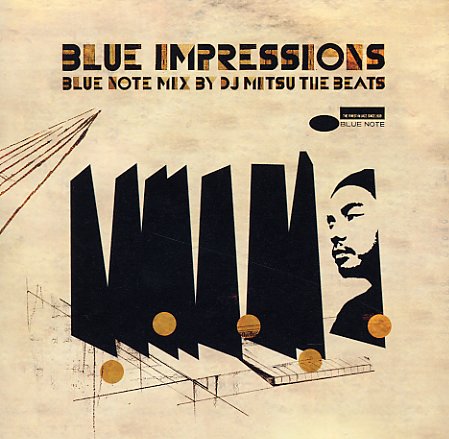 Amazing stuff – a brilliant blend of the best funky tunes from Blue Note – put together in the spirit of Madlib's project for the label, and even featuring some moments from that set! Mitsu is a bit more respectful of the original tunes, and takes many of them whole – but he links them together in a seamless way, and brings out the best elements with some careful production, plus a sound that goes especially for the sweetest electric moments of the early 70s! Tracks in the mix include "Rain Every Thursday" and "Cirrus" by Bobby Hutcherson, "Abdullah & Ibraham" by Chico Hamilton, "Koko & Lee Roe" by Gene Harris, "New York Times (DJ Spinna rmx)" by Bobbi Humphrey, "Tuesday Heartbreak" by Ronnie Foster, "Uno Esta" by Bobbi Humphrey, "Distant Land" by Donald Byrd, "Montara (Roots rmx)" by Bobby Hutcherson, "Alfie's Theme" by John Patton, "Sweet Pea" by Booker Ervin, and "Who Knows What" by Brother Jack McDuff.  © 1996-2022, Dusty Groove, Inc.
(Out of print.)