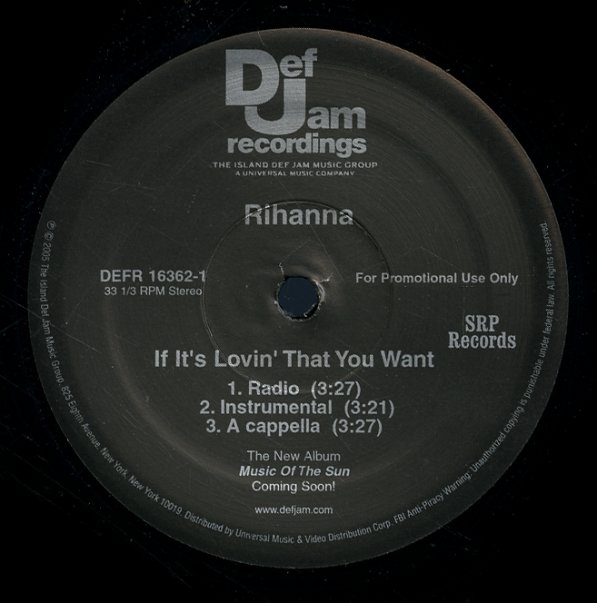 If It's Lovin' That You Want (radio, inst, acapella)