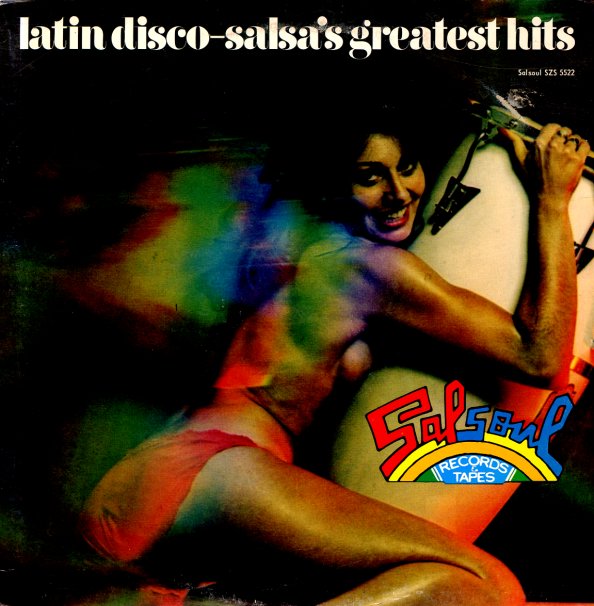 Excellent collection of tracks from Salsoul's great Latin series from the mid 70's! Despite the "disco" in the title, most of the tracks on here are straight salsa, and the LP features tracks like "Bamboleate" by Libre, "Trompeta En Montuno" by Chocolate, "Adelante" by Cachao, "Kimbo Kimbisa" by Graciela, "Anabacoa" by Grupo Folklorico, and "Chico & The Man" by Joe Bataan. Lots of stuff that's hard to find on vinyl, too!  © 1996-2021, Dusty Groove, Inc.
(Cover has moderate wear.)

Mambo Fantasy
Tico, Late 50s. Very Good
LP...$26.99
One of Joe Loco's most haunting albums, and a moody mix of spare Latin percussion with haunting off-kilter piano solos, in a swirling blend of tracks that form Joe's Mambo Fantasy. Joe's work on the keys is as captivating as ever, and with the no-nonsense arrangements of the tracks, you can really ... LP, Vinyl record album