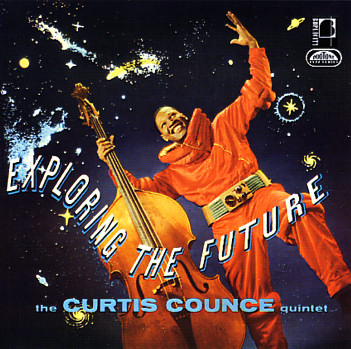 A great little album that's every bit as wonderful as you might expect from its cover – one of the key late 50s sides as a leader from bassist Curtis Counce – cut with a killer lineup that includes Harold Land on tenor sax, Rolf Ericson on trumpet, and Elmo Hope on piano! The set's got the mix of modernism and soul bop leanings you might expect from the players – a really fresh approach that comes off especially well in the non-iconic production style of the Dootone label – a mode that really let the players do their own thing, and break out from some of the tighter restrictions of other LA labels on the scene. Frank Butler completes the quintet on drums – and titles include "The Countdown", "Into The Orbit", "Race For Space", "Move", "Angel Eyes", and "So Nice". CD also features 4 bonus tracks – "Foreplay", "Chasin The Bird", "Move (unedited version)", and "Head Gear (Countdown) (unedited version)".  © 1996-2021, Dusty Groove, Inc.