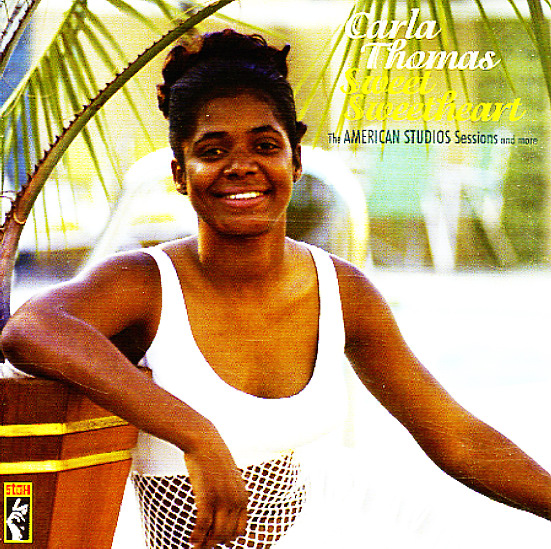 A huge batch of unreleased work by Stax Records diva Carla Thomas – one full album recorded with producer Chips Moman, and a whole batch of unissued mid 60s singles too! The Moman album is sublime – and has Carla in this warmer, more mature style that's quite a change not only from her earlier girl soul singles for Stax, but also from her late 60s work for the label too – a kind of depth that really comes through in Moman's careful studio handling, which brings out a sensitivity that we almost never hear in Thomas this well – a vibe that could have really pushed Carla out to a much bigger audience, had the set been released. Titles on the album include "Heaven Help The Non Believer", "Heavy Load", "I Loved You Like I Love My Very Life", "I'm Getting Closer To You", "To Love Somebody", "I Think I Love You Again", and "Sweet Sweetheart". Next are a dozen more singles recorded by Stax in the years before – excellent work that has Thomas trying on a few different styles – some southern, some more in tune with girl soul from the New York and Philly scenes! Carla's vocals have that great, fresh quality that made her a hit right from the start – and titles include "Try Me", "Just Kiss Your Pillow", "Stop By here", "Give It A Try (demo)", "Good Good Lovin (slow version)", "Love Is Sure Hard Sometimes", and "Crying All By Myself (take 2)".  © 1996-2021, Dusty Groove, Inc.